The purpose of mediocratic ideology is the same as that of Marxist ideology: to make life impossible for genuine intellectuals, i.e. those who might generate real cultural progress. To mask the issue, an ersatz system of high culture has been built up, designed to perpetuate and reinforce the ideology, and to ensure no assistance is given to those whom the system carefully excludes. 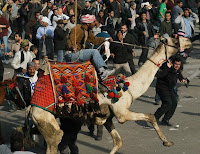 More and more, this society feels like a tacit civil war between the state, with its armies of employees, and the few of us still left who are not involved with it in some way, whether in making up the rules or implementing them. No shots are fired, but it is a conflict nonetheless.

Medics? More or less employees of the government, and even the few who have nothing to do with the NHS have their behaviour set by the others. Teachers — ditto. Large corporations — mostly in tune with the government and its ideology. Accountants? Much of their work is government-related, if you include statutory audits. Lawyers? Subordinates of the modern legal environment with its willingness to bend individual rights in favour of collective interests, though a few of them were sufficiently independent-minded to come out against Labour’s authoritarian enthusiasms. Who does that leave? Those who run, and work for, medium-sized and smaller businesses.

As for public-sector employees, it is practically open warfare by now. The myth that these people are our servants has long been abandoned. Their role now is that of priests: primary sources for the new morality, and supremely confident in their role of telling civilians how it is going to be.

The back of the latest magazine from my local district council helpfully recommends that you check your builder is a registered waste carrier, then cheerfully announces that if you do not,

YOU FACE AN UNLIMITED FINE OR EVEN PRISON. It’s your responsibility to get rid of your rubbish so use a registered waste carrier.

Inside the magazine there are (as always) smiling faces of happy residents, but it is getting hard to avoid noticing the menacing undertone. 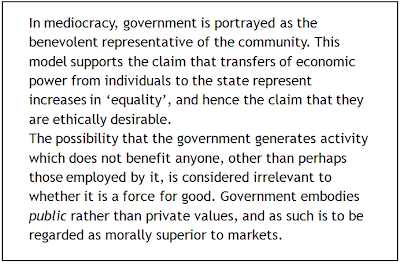 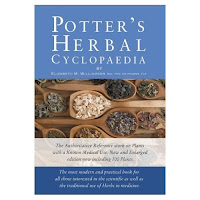 On the subject of doctors. These once had to consider the wishes of their patients, but only as long as there was some sense in which patients were clients who could decamp to a rival. (Economic incentive is a concept one does not come across very often in analyses of medicine, whether by doctors or academics.) Now that their answerability is largely to their new paymaster, the government, patients’ wishes can go to blazes. From the medics’ point of view there are many more pressing requirements: coping with excess demand; dealing with stupidity, aggression and inability to speak English; as well as the usual power- and profit-maximising motives. Public criticism likes to focus on drug companies, but in reality the medical industry is a fairly unified beast by now, with GPs at the bottom end of the supply chain.

Where does free-market “alternative medicine” fit into this? Roughly speaking, it does not. The profession’s incentives are mostly in the direction of wishing it would go away. Would you expect the Guild of Chemists to support the position of an alchemist, let alone to recommend him? More likely that it would campaign to make alchemy illegal.

The impending threat to destroy the business of herbalists, who are mostly smaller enterprises, and (so far) independent of the state machinery, is an outrage. For its drivers we must look to the hostility of the monopolised medical profession and the pharmaceutical industry, masked by the usual line that their supposed expertise empowers them to make unquestionable judgments about what is in everyone’s best interests. Having the EU’s pro-intervention systems as a lever helps as well, of course. In the lobbying competition at Brussels, what chance do herbalists have against the likes of AstraZeneca, GlaxoSmithKline and the British Medical Association?

The law is due to change at the end of April. As is often the case these days, no one knows precisely how it will be implemented — a violation of the principle that people ought to be able to work out how the law will affect them. Will herbal products, particularly tinctures, continue to be available via mail order? Some say yes, some say no. Whatever happens, the EU’s interventionist machine has been mobilising against the supplements industry for years, and will no doubt continue to do so unless more actively opposed.

Write* to, or email, your MP to demand that herbal products, including capsules and tinctures, continue to be available in shops and by mail order. I recommend you do not follow the line advocated by some herbalist bodies, of demanding that the profession become regulated (ostensibly to make life easier for herbalists in the future), as this is likely, in my opinion, to make things worse.

I am grateful to Steve Dagnell and Patina Blakeney for making me aware of the problem.


aphorism of the month:

The only important thing to realise about history is that it all took place in the last five minutes.
Celia Green, The Decline and Fall of Science


The author of this blog is an unsalaried academic. Like his colleagues, he is excluded from the academic system because of the way that system is currently run. (The phrase “sausage factory” was recently used by a government minister, expressing part of the problem.) As a result, he is unable to write in detail about intellectual issues to which he could be contributing, and has to limit himself to brief blog comments.

We appeal to readers, who think that views not currently represented in the academic world should receive expression, to do what they can to help Oxford Forum. Both Left and Right have their own vested interests which are incompatible with supporting unbiased research. Those who (whatever their own views) recognise the importance of impartial analysis, regardless of whether it buttresses prevailing fashions, should support our work.
posted by Fabe Tassano
Email ThisBlogThis!Share to TwitterShare to FacebookShare to Pinterest
Newer Post Older Post Home